A number of Listed and Scheduled buildings, statues and ruins are in the care of the Town Council. These are maintained at public expense as part of the built tradition of the town, and attract numerous visitors each year. They include:

The Scheduling covers land and buildings in Bedford Square and Abbey Place and comprises the standing, ruined and buried remains that together encompass the greater part of Tavistock Abbey (Monument no:29679). The Scheduling also covers Court Gate (Tavistock Museum and Subscription Library), Still House and Betsy Grimbal's Tower. 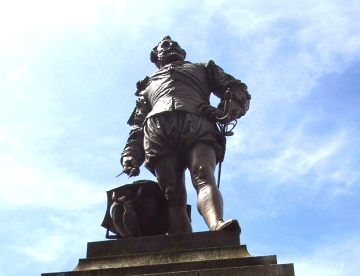 The statues of Sir Francis Drake by Boehm (1883, in Plymouth Road) and the 7th Duke of Bedford (1864, in the Guildhall Square Car Park) were erected by public subscription and their care and maintenance is vested in the Council.

Erected in 1921 by public subscription and vested in the Town Council, the Council has the statutory power to maintain, repair, protect and adapt the monument and its surrounding fittings. A survey of all electors in Tavistock during August 2001 found that 80% were in favour of re-locating the Memorial to the Churchyard, where it had been intended to erect it in 1921. The Memorial was Listed as Grade II by English Heritage in May 2007.

The traditional livestock market is owned by the Council and leased to a firm of Auctioneers.

The Council leases out land to community organisations for non commercial 'peppercorn' rates. Groups that benefit from this support are;